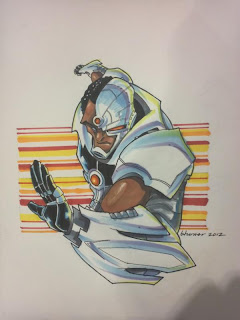 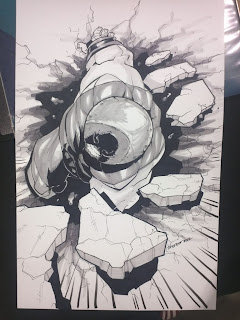 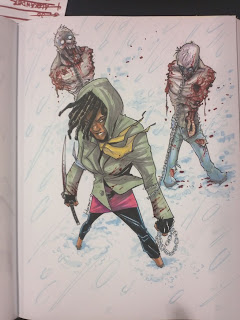 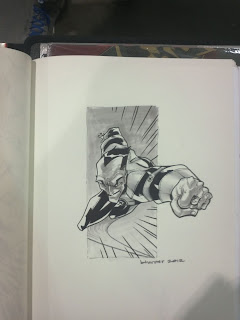 here are a few sketches I did at the show...
Posted by BTURNERart at 3:09 PM 1 comment:

WIZ WORLD PHILLY... its a wrap.

Wizard World Philly was a blast! The fans were awesome... the hospitality was fantastic. We (Identity Comics Studios) met some totally awesome people... and we just had an overall great time! There were some great celebs there too...
I actually had the chance to meet Katrina Law @misskatrinalaw from Spartacus! She was awesome to chat with. I had several great conversations with her. She even found time in her busy schedule to stop by our table and check out what we had goin on! Are you kiddin me! Nicest gal ever! Oh and by the way... she addressed me as, "Hey handsome"! HA!!!
Anywhooo... I did a lot of commissions, of which i'll post some here, shortly. Sold a ton of prints... and my Sketchbook! Even managed to sell my last few 'Iron Muslim' copies!
T'was just a great time. It was fun being back in Philly!
Posted by BTURNERart at 3:00 PM 1 comment:

BTURNERart
Rancho Cucamonga, California, United States
Hey guys... I'm working hard to make my kids proud and to leave them a successful business to take over when my time is up! My beautiful wife affords me this opportunity.